The new website for the Common European Language has been completed,
available here:

Why do we need a Common European Language? 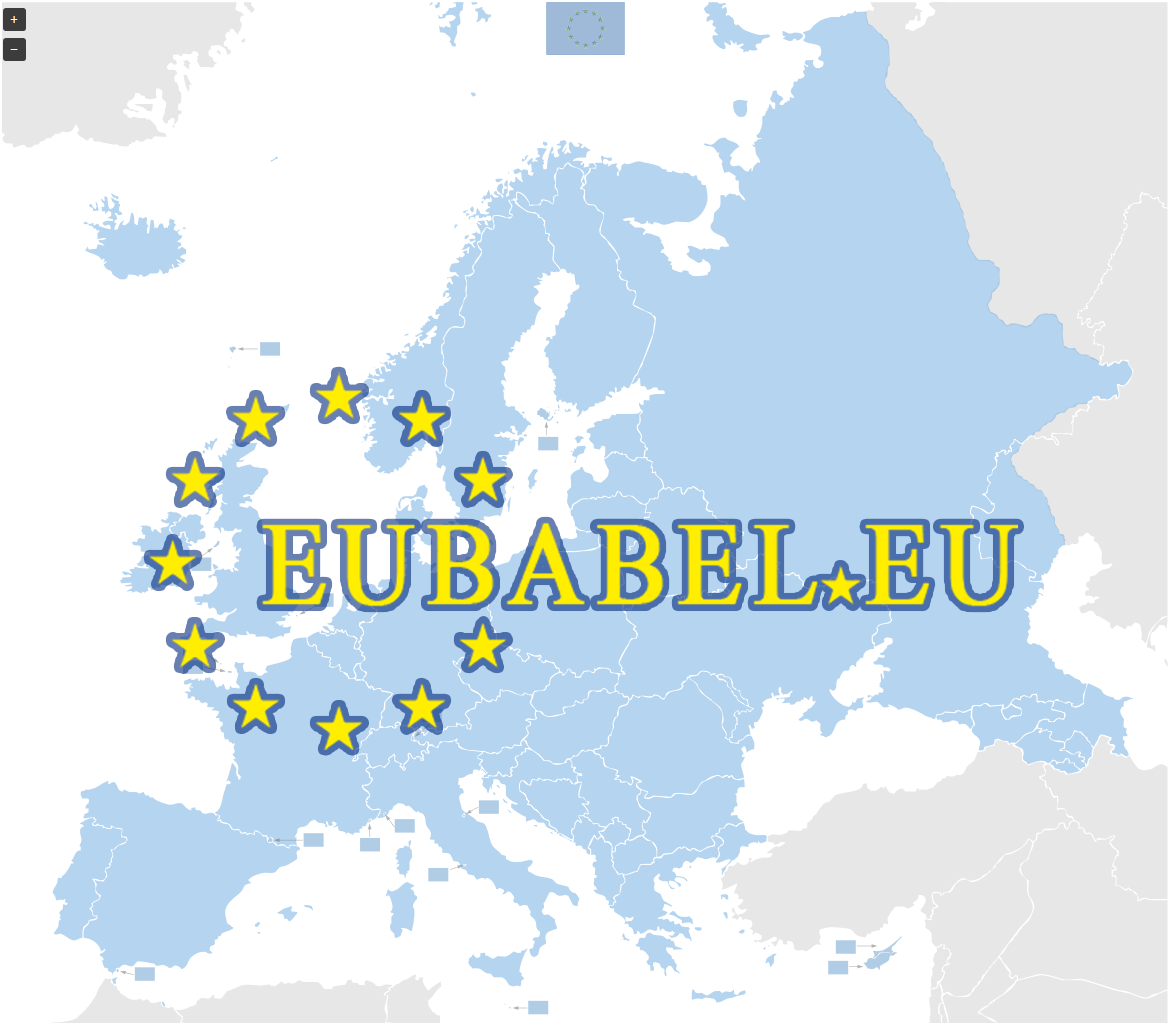 There are a lot of countries in Europe in these countries people speak multiple languages. Today the borders

have disappeared and we can all travel freely. Despite of this development language barriers like an invisible Berlin Wall still stand between us. How great would it be to understand our neighbors? We could learn so much from each other. The average Joe’s knowledge does not seem so important compared to what scientist or famous stars know. Yet there is so much we could learn from each other about everyday issues that could help us in our daily life if only we could speak a

could develop so much faster if this everyday knowledge were exchanged without borders. We all feel it at some point or another when we travel abroad in Europe that we are alien in another country since we do not speak the local language. Thus we cannot communicate freely. How great would it be if we could chat on the street and learn about their culture? Instead we are left with having to reinvent the same things over and over again as we travel. It would benefit us economically and intellectually if we could talk to one another without language barriers. In the two greatest economic powers (USA and China) they do not have this problem since in both countries people speak a

This is an advantage of theirs, which we lack.

What is the situation now?


In Europe people try to communicate through three or four main languages. Out of these languages English (possibly due to the influence of the USA) is the most favored. Yet English is only the official language of three countries out of the 46 (+19) European states. That is why many people want to have a common language. Why should we speak their language? Why is their language better then ours? Will Europe become more colorful if we have a language forced on us? Would this emphasis our Europeanness? Europe cannot become an English language colony. The English language is slowly replaces our native languages. Many English words do get into our own languages. These words usually feel alien to us. We “email” and send “SMS” or we “like” things, we watch “celebs” or use a “tablet” with a “pen drive.” Our native languages slowly loose their importance in everyday speech. Western Europeans expect from the smaller countries to learn their languages. If they don’t they are viewed by the bigger countries as uneducated and non-conformist. Even though, the language of smaller countries is just as important as the others. The citizens of smaller countries like and feel attached to their languages. Many do not want to learn foreign languages because they feel that they are forcefully being assimilated. And even if they learnt one it is still unsure if they learnt the right one; for example if one person learnt French the other German. Even the citizens of bigger countries do not like to learn each other’s languages. In France or in Russia it is almost impossible to find someone who speaks English, they simply won’t learn the language. That is why we need a

What should the Common European Language be?


This will be the language of Europe. Thus it will have to include, in some ways, all the languages of Europe. This way everyone will find his or her language in it and could feel attached to it. Those words should be included in it first that are common in most languages. It would be wise to use shorter words. In Hungarian the word for "good" is "jó" in Russian it is "хорошо" (haraso). In Hungarian it is two words while in Russian it is six. Shorter words will take less space when stored digitaly or in a bookform. We will need less ink, paper, Cds, memory etc. It is easier to learn, write and pronounce short words. When you text you could write with less characters and don't need to shorten words. It is important, in order to save space, to write sounds that today have two letters assigned to it with only one letter. This language should be simple and one sound should be written with one letter. This way everyone will know what the words will mean instantly.

English and French are complelty ill suited for this since one has to learn how to write and pronunce every word. Due to the fact that the same 2-3 letters could be pronounced complelty different according to where they are in a word. Or they write one sound with 2-3-4 letters. Furthermore, they use letters in writing that they do not even pronounce in speech. This wastes space. Example in English:to, too, you, crew, two. These words pronounced end in „U” sound, but they must written in: U = O, OO, OU, EW, WO. Someone who sees these words for the first time will not be able to correctly pronounce them. Although English uses the short Latin alphabet, this example shows that the language is not simpler by it. In addition, English speakers pronounce words very differently from region to region.

we need one alphabet, there is no need to use Cyrillic and Latin. It is important that anyone can read the signs wherever he or she might be. Latin script uses less space and has fewer letters that occupy two sounds. The three genders (female, male and neutral) are also not necessary since they use three words for the same meaning. Formal and informal speech is technically two languges simultaneously, they take up too much space.

We could select the words for the

based on how many people use them. (But the length of the words is also crucial in the selection process). If in a given country 5% is the European share than they can only represent 5% of the official language from that country. It would not be good if in the everyday use the most common sentences would come from the languages of the bigger countries. In that case it would be all for nothing. In light of this, we have to choose words, for the 7000-8000 most commonly used words in everyday speech, equally from every language. We have to formulate the grammar for easy use. We need shorter suffixes and nouns.

We should exclude from our common language dead languages, Esperanto and the religious as well as the native language of immigrants. This language has to be a neutral, living

could be promulgated through media the Internet so that it can take root everywhere simultaneously. Today this would not be a problem. It could be taught from kindergarten. Our native tongue would not disappear since we could continue to use it at home and it would make up some parts of our new language. A common tongue would have multiple benefits. No more multi language labels on commercial goods, which is expensive for producers. Many times these labels are a size of a book. By eliminating them we could protect the environment and save trees.

is the formation of

. We hope that with the help of linguists and private citizens we can begin creating this language. The more will get involved the faster we will have this new language.

This is the first website of the Common European Language. It was completed in 2013. Available in 11 languages.